Making RODAN - Godzilla King of the Monsters 2019 with Clay 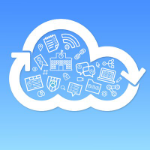 In this video I will show you how to make a figure Monster Rodan from movie "Godzilla: King of the Monsters" 2019. Rodan is a fictional kaiju, which first appeared as the title character in IshirÃ Honda's 1956 film Rodan, produced and distributed by Toho. Following its debut standalone appearance, Rodan would go on to be featured in numerous entries in the Godzilla franchise, including Ghidorah, the Three-Headed Monster, Invasion of Astro-Monster, Destroy All Monsters, Godzilla vs. Mechagodzilla II and Godzilla: Final Wars, as well as in the Legendary Pictures-produced film Godzilla: King of the Monsters. Sculpt Rodan - Godzilla with clay. For modeling, I use modelling clay (plasticine) and aluminum wire for the frame of the figure.

You must login to be able to comment on videos
Reply